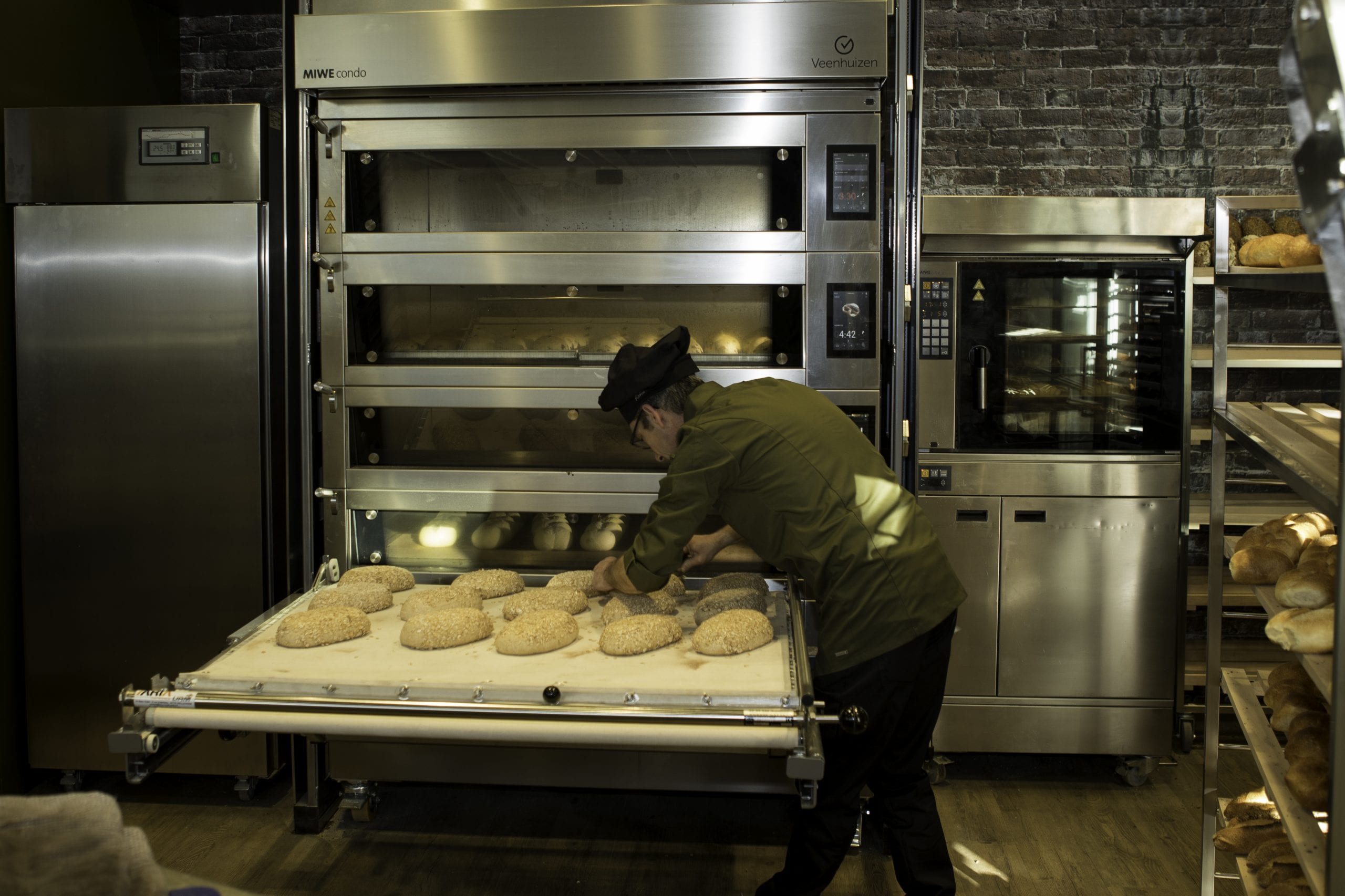 Peter Bienefelt's CV did not lack much. He has been a member of the Dutch BoulangerieTeam for many years, was one of the first bakers in the Netherlands to be awarded the title of Master Boulanger in 2013, was named the very best bread baker in the world at Masters de la Boulangerie in 2018, and set up his own consultancy practice for bakers under the name Atelier du Pain in 2016. Recently, he added his own bakery: De Boulanger in Rhoon.

Peter puts bread at the heart of his range at De Boulanger. "Everything is made based on the idea and process of bread. So no fancy cakes or pastries, but certainly snacks and sweet treats. Think of cream rolls with fresh cream or a Tarte Tropézienne based on brioche dough. In everything we make, we think in terms of bread and we want to stand out from other suppliers."

We as the Veenhuizen team are very proud that we were able to supply and install a large part of the bakery equipment. What a beautiful shop it has become!

Currently, Peter has his hands full with the start-up of De Boulanger. But his work as advisor for Atelier du Pain will certainly continue. "As soon as the shop is up and running, I hope to be able to go out more often. Atelier du Pain is also very close to my heart and I have been able to do so many nice things. But this bakery in Rhoon is a gift. It has become a really nice shop.

« Looking ahead through the rear-view mirror
"An honest opinion? Sometimes that means advising against something " ".